Man that “I’m not a Cat” line still makes me laugh out loud even though I’ve been watching it all day!

Thanks for the reminder about Twit.social and mentioning pixelfed. In the last few days I suspended my Instgram account; not taking a stance or anything, just tired of browsing through 10 ads to see 1 post from someone I follow.

Joined Pixelfed and will see how I like it.

In regards to the proposed Australian regulation forcing Google to pay news orgs for snippets; Microsoft seems to have gone all in and called for the same proposal to be considered in the U.S.

Microsoft’s Endorsement of Australia’s Proposal on Technology and the News -...

A statement from Microsoft President Brad Smith on Australia'a proposal on technology and news.

I tend to align with Mr. Jarvis on this subject so I won’t write my concerns with this here. Curious what others think of Microsoft’s move here?

In regards to the proposed Australian regulation forcing Google to pay news orgs for snippets; Microsoft seems to have gone all in and called for the same proposal to be considered in the U.S.

A statement from Microsoft President Brad Smith on Australia’a proposal on technology and news.

I tend to align with Mr. Jarvis on this subject so I won’t write my concerns with this here. Curious what others think of Microsoft’s move here?

Bing blows. I want my GOOG!

Most people do, but it doesn’t matter to pig-headed Australian politicians fueled by Murdoch money.

The problem is, both sides are in the wrong. I don’t want either side to win… A bit of a dilemma.

The media agencies have some valid points, although I hate Murdoch and what he is trying to push through.

On the other hand, google is a money grabbing parasite that lives on sucking the blood out of other people’s data.

I avoid Google as much as possible, but you can’t avoid them 100%. (I use DuckDuckGo for search and my own mail domains, but YouTube is Youtube…)

Agreed. Not a fan of Google or Murdoch, and would be much happier to see some collective action by independent news agencies and content creators.

I’m not sure what the answer is. It has been disheartening to see my local newspapers disappear or be consolidated and commodified by some distant owner, but on the other hand they honestly didn’t provide a huge amount of value to me. I didn’t need updates on scholastic sports; coverage of cultural events was always after the fact, leaving me to say “why didn’t you tell me about this beforehand?”; local politics amounted to a simple rehash of events at committee meetings, with no depth or perspective.
There is one site from a neighboring town that seems to have gone down a different path, and I support it. A woman decided she wanted more informed coverage of what was happening in her city, so she just started doing it. She took on subscriptions and donations and was able to get some additional writers. I don’t know how well the site is doing financially, but I like the model.
https://www.nancyonnorwalk.com/

I would love to see some combination of services like Substack or Stripe or Memberful or Medium, buoyed by money from Google and Facebook, as well as local/state/federal governments work towards creating more of a turn-key solution to enable people with a journalistic bent to start writing intelligently about what is happening in their town-- and make a living doing it.
I live in a nice town with 20k people; we could easily afford to support two people making $75k - $100k writing exclusively about what is happening here. Not copying sports scores, but doing deep research about the local economy and local politics, and explaining who the players are and what game they’re playing. How did it come to pass that a single company owns the majority of retail space in town center; what incentives have made it okay for them to leave several prominent store-fronts empty for nearly a decade; what can be done to fix the problem; who is (or isn’t) working on this and why? What is the mid-term outlook of the pandemic on local office space and how will that impact the town financially?
These are the kinds of “local” news I want and would pay for. But how do we enable it at scale?

I’ve given up on the local paper in the little podunk town where I live. They’re doing some journalism still, but the level of that isn’t at all what’s needed. It does piss me off to see them waste time and resources on reporting school events. I can see putting in stories about the school board, superintendent and elections, but I really wish they’d leave the fluff reporting (school sports, “royalty,” etc.) to the student run school newspaper or website. Add to this the fact that Sequim Gazette reporters have a nasty habit of not even checking the spelling of people’s names. I mean geez - at least do that much!

The past 4 years have been extra tough on Sequim, as with most places, but here, we now have a council appointed mayor that vocally supports QAnon. I don’t know how people in this forum feel about QAnon, and I’m not here to criticize anyone, but I just think that anyone who believes in QAnon conspiracy theories can’t support the entire population and shouldn’t be in any public service position. That’s just me. Why I bring this up is because although the Gazette does cover this issue somewhat, they’re not nearly as thorough as they need to be. The source I rely on now for local news is this website: sequimbeacon.org

As far as I know, the newspapers, despite their name including news, didn’t make much money in the last half of last century printing news. Their money was in the ads and in particular in classified advertising. I delivered my local newspaper for about 8 years as a child… and it was Wednesday’s paper, with the inch of advertising flyers, that people were most interested in. The news was just a thin wrapper around the flyers.

I didn’t ascribe blame to anyone, I lamented the loss of local coverage and pleaded ignorance with regards to the solution.

I didn’t ascribe blame to anyone

Using “you” was meant to be a turn of phrase (referring to all the “you readers” not you the author of the post I was referencing), not that I thought YOU were in any way directing the blame. I edited my post to use a different phrasing.

Our local paper is still doing well. It has diversified into media and Internet, it has its own Web design Büro that provides services for local companies, for example.

It owns about 20 further regional newspapers.

I’d assume that the that odd phrasing in the announcement of Zoom for Google Home devices is just referring to it going into beta.

@Leo We cannot start to come together as a nation until we quit lying about what the “other side” says, thinks, and does.

Stating that the 1776 Commission or its Report condones slavery is a flat out lie or to give you the benefit of the doubt, an ignorant throw-away comment if you have not read it.

“The foundation of our Republic planted the seeds of the death of slavery in America. The Declaration’s unqualified proclamation of human equality flatly contradicted the existence of human bondage…”

The report also quotes MLK Jr: “When the architects of our republic wrote the magnificent works of the Constitution and Declaration of Independence, they were signing a promissory note to which every American was to fall heir. This note was a promise that all men, yes, black men as well as white men, would be guaranteed the unalienable rights to life, liberty, and the pursuit of happiness.”

Oh come on, the 1776 report was political polemic pretending to be history. 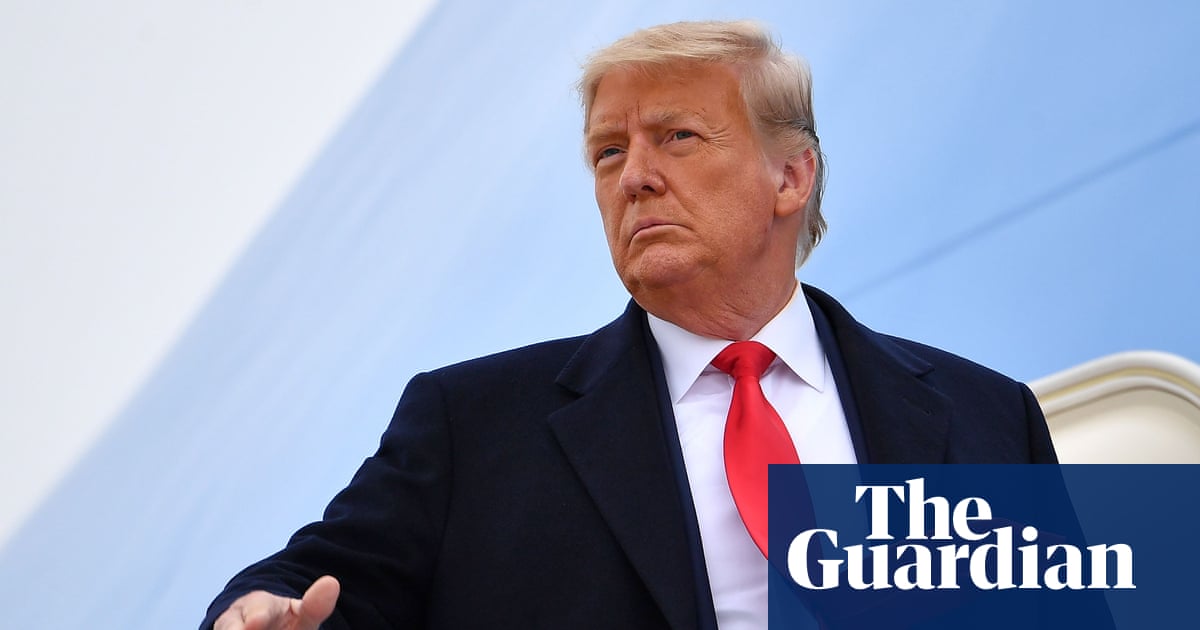 Historian Margo Jefferson told the Guardian the 1776 report was “blatant in its insults and provocations”.

“It’s propaganda masquerading as a serious document with intellectual content,” she lamented. “It continues decades of rightwing attacks on progressive, probing American history and, by extension, politics, law and culture.”

We cannot “come together as a nation” as long as people deny our nation’s racist heritage. It’s America’s original sin and has to be confronted head on, not covered up.

If you want to teach kids to love our country, you can’t do it by lying to them about its past.

I do certainly agree that we must move past our racist heritage. Forgetting what our fathers and mothers most likely taught us from an early age. Realizing if we look hard enough we all have things in common, we all likely want many of the same things, and when we get to those core beliefs that we may disagree on thats where you have CIVIL discussions. The problem is that most people forget how to discuss things and can only see things in the narrow minded view. Most often people feel their view is right and will not allow anyone to educate or possibly even change their thoughts. In order to grow as a nation we need people to grow up and have civil adult conversations.

grow up and have civil adult conversations.

Yes because humouring and placating flat Earthers and Qanon will give nothing but positive results. This would be like trying to have an intelligent discussion with a two year old. /sarcasm

We need whatever will disabuse people of stupidity… quality education maybe…? not just a further understanding of “stupidity’s point of view.”

Forgetting what our fathers and mothers most likely taught us from an early age.

As Santayana said, that isn’t a good idea. You must not forget, ever. You must learn to put it into theh context of its time and move beyond it.

That is what scares me with this current trend for revisionist history. That is the last thing we should do. We shouldn’t erase our past, we should study it accept it for what it was, a time of less enlightenment, where fear of the unknown produced hate, not inquisitiveness and the ability to accept differences.

Without accepting that, we cannot move forward, we will remain in an endless cycle of hate and violence.