Just seemed to recall the tip jar as something Leo mentioned when writing about income streams as one thing they had in the distant past.

I am a big fan of an online TV channel, RocketBeans, which seems to be faring ok - not great, but ok - with a supporters club. You choose how much you want to contribute monthly to help keep the lights on. Add some feedback on which shows you’d most like to see the funds go towards plus a time frame between three months and a year in which you’d like to contribute and you might have a reasonably simple additional source of income and a community that has a sense of being able to contribute. Anyone who cannot contribute at this time might not have to.

Certainly, TWiT will have considered these options before and decided not to follow this route. Let’s hope the situation does not go south too much and reconsidering does not become a necessity. However, you may be right: better move early.

The tip jar is still there: 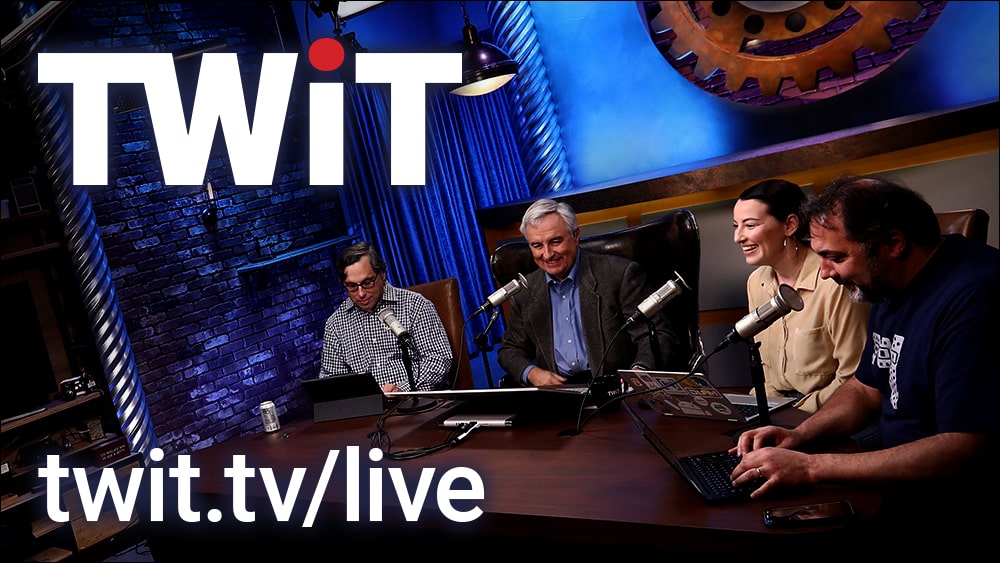 Excellent - thank you and done!

Patrick has asked to take over the feed, so with any luck they’ll keep doing the show. Don’t cancel your subscription just yet!

I unsubscribed, but I’ll resubscribe. Thanks, @Leo!

I don’t think the “Tip Jar” model would work. It works for me as a viewer, but if you’re the proprietor, how would you budget around that unreliable, inconsistent source of income? You can’t. The only model that works is the subscription model.

Well, as we wait for a subscription, if it’ll ever happen, we can still “subscribe” via the tip jar by just making the tip a recurring one. That’s what I did about a month ago.

Pommster: Thanks for that. I didn’t know about the existence of the Tip Jar. I will be heading over there to make a contribution for sure. A couple of points however:
1- I tried to find it on my own without using your link. It wasn’t very obvious. I wouldn’t say it’s hidden, or extremely difficult to find but certainly not THAT easy. If you didn’t already know about it, I don’t think you would ever see it in the process of browsing around the site.
2- It’s not being promoted AT ALL. And I feel it should be, especially now. Leo has made it very plain that the future of TWiT is at greater risk than it has ever been before. You don’t get this big and wind up with low overhead. It should be on EVERY page in the site, in particular every page where you would go to download anything. It’s not begging, it’s just good marketing.

I would be willing to wager that not even 5% of TWiTsters who visit this site even know about it.
'nuf said.

I agree that the new web site is not the greatest to get information; FYI, the tip jar is in More… -> About -> Tip Jar.

The problem is that when the web site was built there was no reason to think the Tip Jar was much more than a whimsical curiosity, so it didn’t need to be kept visible. The current design does a very good job of keeping TWiT’s main revenue-earning activities on view, and working across all types of devices - PC, tablet and phone.

Now we’re in the middle of circumstances that no-one could have foreseen, it would be nice to be able to change things but the sad fact is that changes to commercial web sites are not free, and usually not cheap either. It would be pointless changing the site to make the Tip Jar more prominent if all the income gained from it would be eaten up by the cost of the change.

This may be one of those situations where there is no simple answer, or rather, in the terms of a famous saying “For every complex problem there is a simple answer - and it’s wrong”. I remember that from a poster that a bunch of programmers way cleverer than me had on prominent display above their desks about 40 years ago.

Clayton: OK, I get that. I can understand the financial cancellation impact of hard coding it into the web site. I didn’t think of that. I should have. However, there are other ways of promoting its use, the most obvious way being to just write a line or two into the show scripts. Maybe have it read 2 or 3 times during the show. Or maybe promote it like you would any other Ad from a paid advertiser. That wouldn’t cost any more than the time it takes to write it. And there’s no shortage of that kind of talent at this studio, right? Be like any of the other Networks (IP, TV etc) and use your own network to promote your own network! It would be very quick and easy to incorporate a simple and permanent Bitly link into the banner at the bottom of almost every screen that appears on the shows. There’s all kinds of things that could be done. I’m sure I could come up with even more if I thought about it a while.

Re “For every complex problem there is a simple answer - and it’s wrong” - I Love it! It just became a permanent part of my personal repertoire. Thanks!

Thanks for the insight, @Clayton ! All of the thoughts below hinge on whether TWiT is interested and willing to explore the general route of strengthening listener contributions (and there’s a sizeable chance that the network does not - absolutely ok, fully understand, strategic decision, Leo has discussed this at length before). Should right now be the time for experiments:

As a very regular listener of several shows, I have to admit that I have hardly ever been to the TWiT website. (I am a pretty regular visitor around here and love this community, though!) That made me wonder which fan and listener touchpoints might matter most to highlighting the opportunity to tip, support, maybe even feed input into the great programme of the TWiT network. Making costly adjustments to the website would not even reach me.

It might be something as simple as setting up an easily memorable and maybe even fun sub-domain to twit.tv that leads to a slightly revised tip jar page (right now, the text reads a bit like contributions are seen as rather indifferent). Based on my thoughts above, the challenge is to bridge the chasm between listening and actively going online to contribute, later.

Ideally, it would be called and positioned as something that does not feel too much like TWiT asking for contributions but rather an opportunity for listeners to help TWiT making great content: rocketfuel.twit.tv, juice.twit.tv, propeller.twit.tv, paddle.twit.tv . You’ll come up with much better ones than I do here. The page might combine the opportunity to support with an option to send in a positive message (not a request, but a praise of something that made them support - individual experiences, particular shows, overall happiness with the content). Those messages - combined with the aggregated value of the contribution - might be useful to consider in show design decisions more or less. Maybe all it takes is a bit of different positioning, a suitable sub-domain, and some mentioning thereof on air.

The idea would be to make this feel as organic community contribution as possible and not feel as a form of financial support. Will it make millions? Certainly not. Will it build even stronger bonds between regulars and the network, make a little bit while not hurting much, and generate some new insights into listener perspectives? Maybe yes!

Where can I find Patrick ?

Where can I find Patrick ?

I went there a couple of days ago to see what he is up to. It looked like he hasn’t posted anything since last September. Did I miss something?

Well if you’re up on Patrick, you know his life took a massive change for the different recently… he sold his house and is living out of a mobile home while traveling about the country. I suspect the effects of that may have additionally had an impact on his social posting.

If you search for “Avexcel” in a podcast client, you should find that after a gap between May-Nov 2019 he posted 2 shows in Nov, one in Dec, and one this March. So his schedule is a little irregular because of moving around, and it’s probably difficult to update the web site for the same reason.

Yeah, he hasn’t posted on Twitter for a while. As @Clayton says, Avexcel is probably the best place to find out what Patrick is doing.

Thanks guys! I will check out Avexcel.

Say, off the subject but very short. Does anyone know if it is possible to send a Private Message to a specific person on the TWiT staff? I looked around, but didn’t see anything obvious. If it is, could you tell me how?
Thanks,

Sad news, I looked forward to watching the podcast every Friday morning in the UK. “Shakes fist at covid gggrrrr”