MBW 844: The Oscilloscope of Sauron 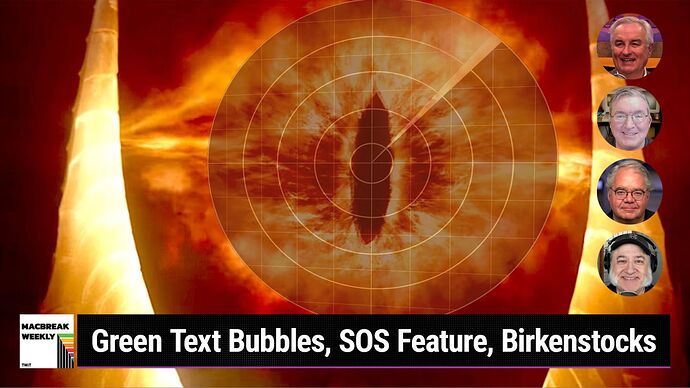 The Oscilloscope of Sauron | TWiT.TV

Regarding Apple TV - try using it when you don’t have an iPhone. Strong passwords are an absolute nightmare to enter.

Strong passwords are an absolute nightmare to enter.

But, to be clear, it’s a problem almost everywhere. I’ve often wondered why streaming services don’t have an option to go into “add new device mode” where you give it a shortened short term password so you can add all three of your devices easily, and then in an hour or whatever the shorter password becomes unusable.

I believe the logitech keyboard, referring to is MX keys. I have one it’s pretty damn solid and heavy. The feature I truly love is in combination with an MX 3 master mouse it can seamlessly switch between a PC and a Mac. It’s like having a built-in KVM switch. It has a nice backlit keyboard that saves energy by turning off when your hands are not above it. Which works very well in practice. I never feel like I have to wait for the keyboard to light up to start typing. It also comes in three click noise versions. I picked the lowest noise because I too need to type and take notes during zoom meetings.

I am not a keyboard fuel connoisseur, but it is far better than the laptop keyboard in my M1 pro but now it’s so different that there’s a transition between typing on the laptop versus the keyboard.

It is the same on Amazon FireTV or my Sony Bravia (when I used that, before they stopped sending out security updates, 18 months after I bought it).

Yes, I have a similar set-up, a Logitech ergonomic keyboard & MX Master 2, I switch back and forth between Windows and macOS all day long. The only annoying thing is it doesn’t move the @ symbol to Option+L on the Mac side, it leaves it in Windows mode on Option+Q, I’ve lost count of the number of times I’ve pressed Command+Q accidentally and quit the Mail program or web browser.

I enter my strong passwords by voice

Is this an Apple TV thing?

I don’t get this issue anymore. I’m always authenticating the Smart TVs in Airbnbs we stay in, and Amazon/Samsung/Netflix/Disney/Apple/Google is all done via some code entered into a website or a handshake with a phone logged into the same account on the same WiFi.

People are pretty bad at logging out I’ve noticed. Last week when we arrived at an Airbnb, every streaming service was still logged into previous guests’ accounts. A FireTV in one of the rooms displayed another family’s photos as the screen saver if left alone.

I did the right thing and logged them all out

OK here’s a weird addendum to the DasKeyboard issue. When I use a Type-C to Type-A adapter it works on the Mac Studio. So strange.

For a number of apps, it still is. It’s very annoying - and I honestly don’t know if it’s due to any particular restrictions on Apple’s part or if it’s just laziness on the part of the app developer.

For those who think this is some sort of innocent mistake or oversight on Apple’s part, answer this: what was Apple doing collecting ANY of this private info on users in the first place??? Obviously, code was written to do this - which was a conscious act. Leo’s the only one I heard voice any logical skepticism to the ludicrous notion of Apple’s “innocence” in this, so kudos to him. Sadly, I was disappointed in the responses to Apple’s charlatanism by the other three panelists. I absolutely love Apple’s products, but when it comes to “protecting (our) privacy”, Apple’s corporate leaders have now shown themselves to be lying hypocrites!

Any chance that the keyboard is being confused by Thunderbolt? Thunderbolt is Type C only and USB-A is USB only. It would be curious if you converted the Type-A back to Type-C (yay dongle lego) if that would change anything. (I have no basis for thinking it would, but it would be a curious experiment.)

Andy’s pick of the week. 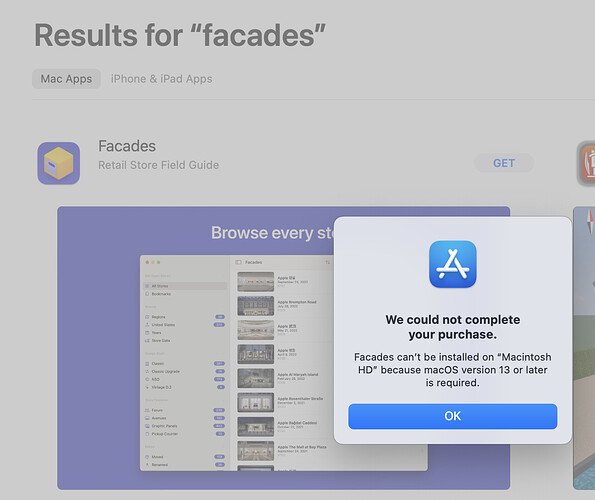 On the one hand, I understand Alex’s desire to only use Apple Sign-in and prefer frictionless authentication. Lord knows that for some services I’ll click the “Sign in with Google” button and never question it. However, it’s not the way we should be doing things. It’s been talked about on other shows how dangerous it can be to use a single key to open every door in your castle, and that’s exactly what Google and Apple are providing.

Long story short, I one-trillion-percent agree with the hosts. The onboarding process for a new AppleTV is better than any other device in the industry but it’s still terrible. They own the whole stack! How are full image transfers not a thing!?

People are pretty bad at logging out I’ve noticed. Last week when we arrived at an Airbnb, every streaming service was still logged into previous guests’ accounts. A FireTV in one of the rooms displayed another family’s photos as the screen saver if left alone.

Even the smartest tech people could be running late for their flight and not have the time to log out. There should really be a “hotel mode” where the credentials are wiped automatically after a couple days.

Or just don’t log in on a device you don’t own, but we can’t all always be perfectly diligent

I use the ‘connected devices’ option that’s in setup on most of these streaming services regularly, make sure I’ve not left an account logged in somewhere.

While it is frustrating when logging in to different apps on Apple TV, it’s such an asinine leap to go from that to “this is what an open App Store would be like.” Currently it’s the same experience on the phone using those streaming apps, the TV just makes it harder. Given these streamers absolutely need to be platform agnostic, of course they have logins, how is that their fault? And a person might want to use a smaller google dongle on trips instead of the Apple TV, since Apple doesn’t make a smaller streamer.

Since we can agree that these streaming apps generally suck, maybe Apple could use a carrot and offer to lower the in-app % for apps that fully utilize the APIs. On Jason’s downstream podcast, he mentioned that there’s an API to tie app user (who’s watching) with device user, but no one uses it!

I bought an Apple TV this week, after our Fire TV Stick 4K complaining that there was no more storage available to buffer Prime videos - with Prime itself using up 80% of the memory and the other big culprits being Amazon apps we don’t use, but you can’t delete them to free up ~500MB of space…

So, I finally went with a “serious” streaming solution and bought the 2022 Apple TV, what a difference, even the Amazon Prime Video app looks better than on the Fire TV stick! And the upscaling is also better for non-4K content, at least to the untrained eye.

Setting it up was a breeze, although we only had to log into 2 services, other than Apple: Amazon Prime Video and YouTube, the library apps for the different TV stations in Germany just need to be installed, no logging on. The Amazon and YouTube experiences were very quick and easy to do.

I was very happy with how quick and easy it was to install.

To drive home the point again, I recently partook of the Hulu offer for a new subscription. Setting up the app on the XBOX was a breeze. I was prompted with a website to activate my install, so I didn’t have to manually enter my 50 character non-dictionary password. Same thing with my phones.

On the Apple TV, I was forced to enter my credentials manually - without the benefit of any other option. I find it hard to believe that this is because Hulu actively wants an inferior experience on the Apple TV, so my only reasonable conclusion is that Apple is forcing Hulu to implement the process in this manner.

After 5 failed attempts because of Apple’s horrible process, I decided to change my password on Hulu to a less secure password and was able to get in. But I have hit my limit in dealing with Apple’s ridiculousness and will likely be selling this “magical” POS for something that actually works - like an NVIDIA Shield or similar.

So is this Apple refusing to let apps use the QR-code type of authentication? Or just Hulu hasn’t updated their app to provide this feature on Apple TV.

That would put me off getting one though.