Unfortunately, German law doesn’t care whether Elon has thought about it or not, Twitter has well defined laws it has to follow and in the past, the team have been active to ensure they stay within the law, as best they can.

Frankly, he probably thinks he can ignore the German state the way he has ignored the American state.

We’ll see on that one…

That is good. Many have said “he’s not an engineer, he can’t build cars, or spaceships, or code.” That’s not the point. He doesn’t have to. That’s not his job and shouldn’t be his job. Quoting the author: “Then again, he is arguably one of the best managers of all time, capable of changing the course of sectors such as space exploration or the automotive industry, and of facing risks and challenges that very few people have been able to overcome before.”

I, too, found Leo’s declaration very troubling. I got out of bed at 2 a.m. the other morning because I couldn’t stop my brain from thinking about how I wanted to respond to it. Then a thought came to me. Stephen Covey’s 5th Habit: Seek First to Understand, Then to Be Understood.

One of my biggest pet peeves is reading or listening to a journalist, pundit, professor, podcaster, attempting to read the mind of someone whose actions they are questioning. It’s a really silly and worthless exercise. I’d much rather hear: Musk did this and this could be the RESULT not why Musk is doing what he’s doing. YOU DON’T KNOW AND GUESSING IS A WASTE OF TIME. I know. It’s so much fun to pass judgement and make psychological diagnoses of psychopathic narcissism. This doesn’t just apply to Musk. It applies to all sorts of discussions.

So…with those two thoughts in mind. I’m not going to comment until Leo reveals why he’s thinking half the country is filled with haters.

RE: Investing in “stocks”

Leo has often made the comment that investing in the stock market (I’m paraphrasing here) is pure speculation.

Investing = holding for a long time period, no market timing. Anything else is speculation (i.e. betting).

Using an example of what happened with Game Stop to show that the market does not fairly value publicly traded companies is silly. Any stock’s price (especially a small cap company) can be manipulated over a short period of time.

Frankly, he probably thinks he can ignore the German state the way he has ignored the American state.

We’ll see on that one…

Admittedly, I went into Ep 902 pretty much prepared for Libbin to close ranks around his fellow wealthy tech bro. Which he did to a degree, but not as bad as I thought.

The telling thing for me was how Phil bragged twice about being knowing people who flagrantly broke laws as standard operating procedure. When Dwight asked him if he was reporting that behavior to the authorities, Phil immediately shut up.

Rich tech bros really are the worst at times.

As for the people on the thread complaining about Leo’s ‘intolerance’? Here’s the conservative-to-English translation:

“Please stop criticizing me for supporting a party whose planks involve driving trans kids to suicide, making women walkIng baby factories, pretending the January 6 coup attempt was no biggie, and getting hundreds of thousands of Americans killed by politicizing COVID.”

Yeah, you guys are the real victims at the end of the day.

P_J thank you for this. I have written innumerable times to innumerable news services and newspapers pointing out that they should stop saying that the stock market moved because ‘investors’ did this or that. Investors did nothing. Speculators are the ones who drive most short term market movements. Naturally, my correspondence had zero effect.

capable of changing the course of sectors such as space exploration or the automotive industry, and of facing risks and challenges that very few people have been able to overcome before.”

This is a valid point, but I think Twitter is different. The examples you cited were arguably engineering problems at their core. Twitter might be a tech company on paper, but at the end of the day, their product is the community. People don’t log on to Twitter because the tech is particularly impressive, they do so because of the content and the community. I am not claiming that Elon will fail here (I have no idea whether he will), but Twitter is a different animal than SpaceX or Tesla.

There’s also some evidence that Tesla and SpaceX have succeeded despite Elon. His money is crucial, of course, but both companies survive because they have teams of people to insulate the company from Elon’s “management” style. 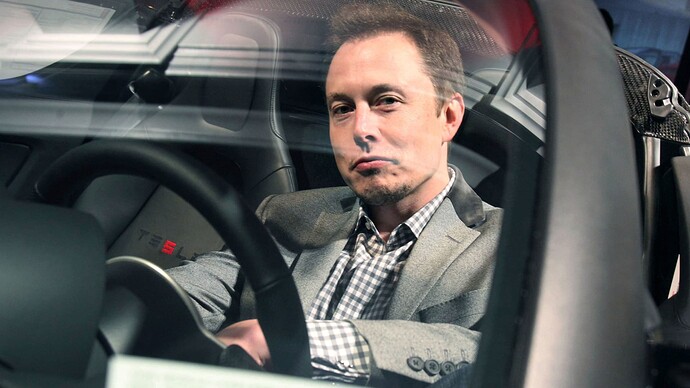 Even though Tesla is producing more electric vehicles than ever before, its debt and recent SEC fraud charges have left investors asking if CEO Elon Musk is good or bad for the company. Conversations with 35 current and former employees suggest that...

This is anecdotal and unverified but it rings kinda true:

I was an intern at SpaceX years ago, back it when it was a much smaller company — after Elon got hair plugs, but before his cult of personality was in full swing. I have some insight to offer here.…

Managing Elon was a huge part of the company culture. Even I, as a lowly intern, would hear people talking about it openly in meetings. People knew how to present ideas in a way that would resonate with him, they knew how to creatively reinterpret (or ignore) his many insane demands, and they even knew how to “stage manage” parts of the physical office space so that it would appeal to Elon.

Unfortunately, there’s no one at Twitter to block Musk’s worse impluses.