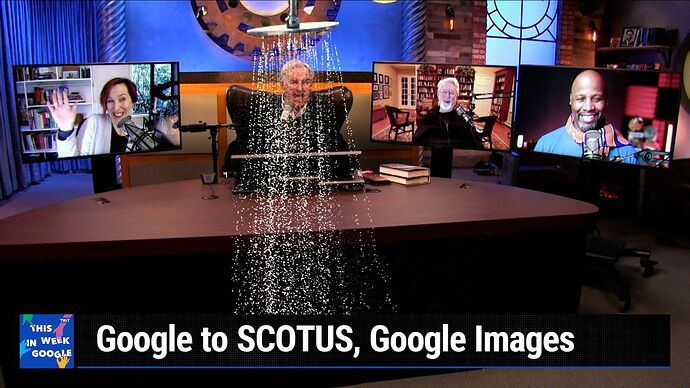 Blame it on the Tesla | TWiT.TV

@Leo and Jeff were so bad, constantly picking on @gigastacey and her Tesla!

I’m with @ant_pruitt regarding the AI voice in the ChatGPT interview, within a second of it starting, it was making me cringe.

I already posted oover on the TWIT thread from last Sunday, Connie released a statement on Wednesday/Thursday, stating that the articles had factual inaccuracies and that they had been pulled and were being reviewed again by human editors - the editors also missed the mistakes the first time round, they are often very subtle:

Interesting, after Connie was talking up the AI written stories on the finance section of CNet on the show, today she made a statement that the AI had made fundamental mistakes in the text it had written - and the editors missed the misinformation as well. For example the AI said that 3 percent compound interest in $10,000 would be $10,300 after 1 year. In fact, the total in the account would be $10,300, but the compound interest would be just $300, a big difference (and I nearly missed it at f…

I find it a shame, but also somewhat inevitable.

Regarding recycling and waste, we had plastic recyclign in the UK, where I lived, before I moved to Germany in the 90s. In Germany, you have 4 bins, bio waste (compostables), paper waste, plastic packaging (not toys or other goods, just packaging) and rest, which takes meat left overs, non-compostable stuff that isn’t packaing etc.

But, on top of that, drink bottles - glass and plastic - have a 10-25c deposit (depening on type) and you have to take them back to the store, when they are empty. Glass and thick plastic bottles are reused, the thick plastic Coke bottles can be refilled around 6-12 times, glass a lot longer. PET bottles are crushed in the store and taken away for recycling into new bottles.

This works very well, although drunken teens going through the town will still often leave bottles standing on corners or on benches, but the vast majority of bottles get returned, and the homeless often collect bottles that have been left lying around or put in public waste bins.

We have the Reggae Jam in the next town over every summer and my wife used to live there, after the festival, people would be turning up with trolley loads of bottles or even vans full of bottles to reclaim the deposits - the people at the Jam could have taken the bottles back to the concessions to get their deposits refunded, but many just throw them away, so they are collected after the Jam is over.

There are fines here as well, for putting the rubbish in the wrong bin. The garbage collectors do random inspections of bins and if the wrong waste is found in a bin, they won’t take it away and they put a warning sticker on the bin. The house owner then has the opportunity to resort their waste, before the next collection, if they do it repeatedly, the local council will hang a fine on the houseowner.

On top of all this, we have “Sperrmüll”, which is large stuff that is difficult to transport, like old furniture etc. You call the local coucil, or more usually these days the garbage collection contractor and they arrange to come and collect it. I think you get a certain number of collections each year for free, in our area, after that, you receive a bill.

Finally, “other rubbish”, which doesn’t meet the above definitions, as well as Sondermüll (special waste) has to be taken to the tip by the houseowner - this includes light bulbs, CDs/DVDs, electrical goods, building waste, garden clippings, treated wood (fence panels, old pallets, furniture etc.), some of it, like electrical, is free to dispose of, the manufacturers have to calculate the cost of collection and recycling into the sale price of the items for example, but some stuff, like building materials have to be paid for, but a trailer load of building waste costs under $10 to dispose of.

My daughter and son-in-law are rennovating at the moment and they have an old storage heating system, which has 200Kg (440lb) stone blocks in the radiators. They also contain poisounous chemicals as well and need to be professionally recycled. They are too heavy and too bulky to get down the stairs and out the door in one piece. If you take the complete radiator to the recycling point, it is recycled free of charge, if you take the components, you have to pay for them to be recycled! So they ended up disamantling them upstairs, carrying the individual components down to the garage and reassembling them on the trailer to be taken to the recycling point!

How does the Pinterest algorithm work? I used Pinterest a lot for a few months to collect images related to what I was writing about, then stopped because all it wanted to show me was 1) Redbubble stickers and 2) everything I specifically told it stop showing me. It seemed like its underlying mission was to show me buyable products (because of course), and the more I favored non-product images by pinning and viewing them, the more it seemed to ignore my “Hide pin” → “Not relevant to me” feedback.

Hot take: AI-generated lyrics are no worse than the eleventy-billion boring breakup songs out there that’ve been written by humans. I swear to heck, 99.999% of music is just somebody whinging about a breakup.