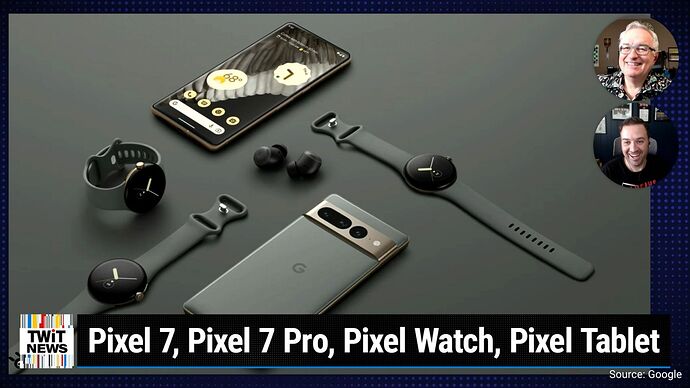 At Made by Google '22, Google unveiled its latest Pixel lineup with the Pixel 7 and Pixel 7 Pro powered by Google's 2nd-gen mobile chip, the Tensor G2, powering more AI and machine…

All looks nice. Not sure how Google get people to buy their stuff though. Here in the UK I know nobody with anything Google. It’s all Apple/Amazon/Samsung.

Didn’t Amazon have a stand for their Fire tablet that did the same - turned it into an Echo Show when docked?

Interesting @Leo in the summary doesn’t feel Samsung has an equivalent ecosystem play.

I’ve left Apple, can’t afford them, and have moved over to Samsung. It has the same ecosystem. Calls/messages on any device, handoff what you were doing somewhere else, tablet and TV can be an external PC displays, PC keyboard+mouse controls the tablet, plus drag and drop between them, file transfer between anything, seamless earbud connections, watch controls phone camera etc. etc.

All great to show off, but if I’m honest, rarely used

It should be noted, but rarely has been, that Google’s new mesh WiFi router “Nest WiFi Pro” devices support Matter and Thread. This should make life much easier for early adopters of Matter. If all your devices are on Matter/Thread, they can have the 2.4GHz WiFi band and presumably still communicate with distant devices (and your phone, etc) via the 5GHz or 6GHz bands… while the APs will be able to use 6GHz for backhaul, assuming you don’t hardwire them for that.