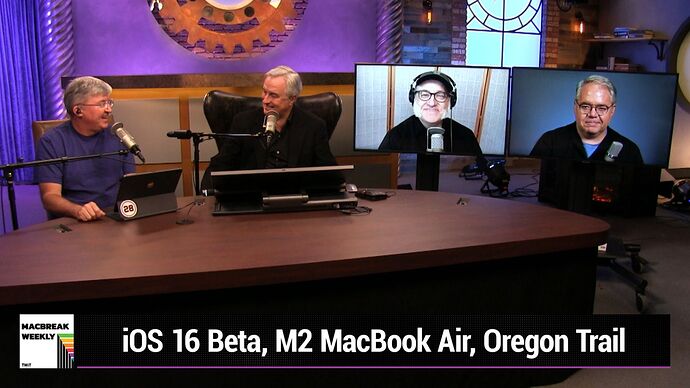 If fully autonomous cars do ever arrive, it will be another tech (decent mobile data, decent broadband) that won’t work for us rural folks.

Narrow roads, no road markings, large agricultural vehicles, horses, groups of cyclists, pedestrians, wildlife in the road, having to fully pull your car onto the verge at times (without getting stuck). I can’t imagine any automated system could handle driving here.

Did Rene announce where he’s heading? Glad to see Jason in the spot.

He still hasn’t announced where he is going.

This has been my thought since I started hearing about it. I live in Southern Indiana so we have lots of rural highways with large drop offs and no guard rails, roads with out lines and tree’s that lean over the roadway that you just have to know they are there to avoid hitting. I do believe autonomous driving will be awesome in places that it works. Large Cities, commuting from Point A (Hotel) to Point B (Casino or sport complex). They will most likely use a predetermined route and most likely will have pedestrian traffic control devices running parallel with the road keeping both types of traffic totally isolated from each other.

I was excited to see Jason Snell of six colors joining the panel. I definitely had to agree with Leo, he was the best possibly replacement that could have been found. Welcome to the MacBreak team.

I’m still not convinced it will ever happen. In cities, why not invest instead in subways and automated light rail? Return the streets to pedestrians and cyclists. Having an automated car delivering you to the door seems a luxury we could do without?

Elsewhere, yes automation in trucks and cars on motorways/highways, which is effectively very advanced cruise control.

Small towns and rural, not sure what you can do.

I do agree. And the irony is, the more self-driving vehicles there are on the road and the fewer driven from humans, the simpler the software needs to be. Self-driving has to be reverse evolutionary in order to cope with all the maniacs in charge of their vehicles today. Once those maniacs are out of the way, the problem is much easier.

I think, in fact, rural areas will need the self-driving vehicles more than towns and cities.

We had good public transport as a kid. We’d walk the half a mile to the bus stop and take the bus into town. We’d walk the 2 miles to school, only if it was raining very heavily did we get taken in the car to school. When I went to college, I would take the bus to the next town over every morning.

In 2018, I worked in the next major city. I walked the 1.5 miles to the train station every day, took the train to the city and walked half a mile to the office. That gave me some movement and it was quicker and cheaper than driving to the city and trying to find a parking spot - the monthly rail card cost less than a weeks worth of parking; if I could even find a free parking space.

My wife currenty rides a ebike to the city every day, when it rains heavily or we have a storm, she takes the bus.

The bus times aren’t that convenient and it is relatively slow. There need to be more buses, trams and local trains, but that is doable. Cities should close off their centers to vehicles, other than special routes for public transport. Turn them into pedestrian and bike zones. That would quickly get people out of the habit of driving everywhere.

The only time I really need the car is the weekly shop or driving to work 2 towns over (I am 75% in home office these days), the former because of the load, although my wife’s ebike is a cargo bike and we could get most of the shopping onto that, the latter doesn’t have a good cycle route. The office is supposed to move more locally to where I am at some point, at that time, I’ll probably switch to riding the bike when the weather isn’t too bad.

I say this as someone who has owned classic cars, raced them, done cart racing and used to drive 60,000 business miles a year. I used to ride a motorbike for pleasure and that clocked up a further 20,000 a year, plus private mileage in the car on top of the 60K. Looking back at it, that is insane. But in the time between me being at college and me driving those miles, some bad happened, rails and bus routes in the UK were severely cut back and it cost a fortune. A 3 hour drive to work would often take 8-12 hours with public transport! You really can’t commute for 24 hours a day and do a full days work on top of it, so driving was the only option.

There really isn’t a need for that these days and it is egoistical and killing our planet to make journeys in cars, when there are other alternatives. But those alternatives need to be built out.

But we have a couple of generations of people who have had to rely on cars and who “love” their cars, it will be hard to get such policies through, when they are in the majority, and until they are a minority, new generations will also need cars - although we are seeing that more and more people in cities don’t have cars, they do use public transport and they use car sharing services, when they have make a longer journey.

I think it will be a long struggle and the self-driving car will be a minority product. But that won’t please the automotive industry and they are very good at lobbying.

Laymen and corporate PR people use the term self-driving, but that term is about as useful as referring to advanced nuclear submarines and small single-motor fishing boats as “boats”. The terminology needs to be used more precisely unless maybe it’s a casual conversation happening over a beer. Self-driving Vehicles | US EPA

There are no ADAS Level 5 (fully automated) cars available for sale to the public today. The key problem appears to be that many customers specifically buying a car for “self driving” capability have unrealistic expectations regarding the car’s degree of autonomy. That seems to be why Tesla customers have so many more wrecks than customers of other automakers, who are typically just buying a car that just happens to come with ADAS Level 2 systems. The mindset of the driver is the main problem, rather than the car itself. Tesla tops US government’s driver-assist crash data report - The Verge

Every auto insurance company has a list of cars they know attract reckless drivers to them like flies to honey, You pay exorbitant rates if you choose to buy one of those cars. It’s not the car’s fault, but the types of people buying them.

Self-driving capabilities will eventually prove more useful over time. I have little doubt that computers, and their programmers, will improve cars’ driving abilities at a much more rapid pace than the average driver improves their own driving abilities. The elderly, impaired drivers, people having fits of emotion or rage, and many others will benefit from the computer being able to handle the situation on the road when they aren’t able to. Silicon Valley has a long history of being late, over promising, and under delivering, but there’s enough competition in the world for self-driving cars that eventually someone is going to perfect it at an affordable price. It may not be who the media thinks it’s going to be.