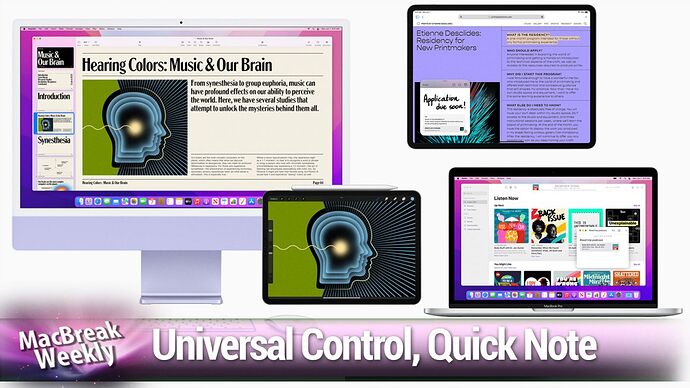 WWDC 2021: Breaking Down the Details

@Leo will be interested to hear what you think about spatial audio after your testing.

Really not a fan here so far, tested on various different headphones including the AirPods Pro. IMO songs lose cohesion and impact in the pursuit of artificial soundstage.

Sure some specific examples might be a better experience; but as a whole it feels like the music version of 3D TVs.

it feels like the music version of 3D TVs.

Never tried it, and probably never will (not in the “Apple lyfe” and not interested in what I view as a gimmick.) I thought we tried quadraphonic music decades ago and it failed? I think you have hit the nail on the head… just because you can do something [technologically] doesn’t mean you should. That was certainly the case for 3D TV and it seems likely the case for “3D music.”

Yep, attempted many times in the past. As discussed by Alex on the show, the thought is Apple’s scale to bring this to a wider market will help adoption this time.

The only potential is that for users with Apple headphones, it’s now on by default. It may become a thing that Apple Music users may use, but not even notice as they listen to their playlists.

I have a set of Tomita CDs recorded with Dolby Surround. It is “interesting” and it does work for that specific case, but that was pure synth and already recorded for a divergent sound stage, so throwing the sound effects around in 3D actually worked - a lot of space themes, where sounds passed “overhead” or the sound ping-ponged in stereo anyway, so throwing it “out the back” worked as well.

But I think you will really need music that is conceived for such a sound stage, just taking existing music and throwing it on a 3D sound stage and hoping for the best probably won’t enhance the performance.

@Leo will be interested to hear what you think about spatial audio after your testing.

Still not convinced. On my Android (the Android Apple Music app doesn’t support Atmos yet) the spatial stuff is still different - a different mix in stereo I guess.

One thing that was not clear regarding spatial audio was what equipment was required. According to About spatial audio with Dolby Atmos in Apple Music - Apple Support “listen on any headphones, the built-in speakers on your iPhone, iPad, or Mac, and with Apple TV 4K.”

You just need your headphones and to be using either the iOS, macOS or tvOS Apple Music apps with the Atmos settings turned on in settings. Note that unless you have the supported Apple headphones, it says you need to force the Atmos setting to ‘On’ rather than leave it in ‘Auto’.

Android support is on the way… 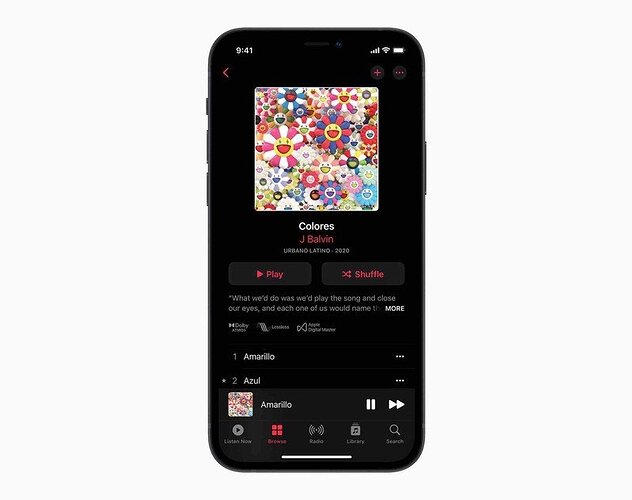 Spatial Audio is coming to Apple Music on Android

On the introduction page for Spatial Audio on the Apple Music app, Apple has revealed that it is bringing the feature to Android as well.

Personally still prefer the regular stereo mix. Her voice lacks intimacy among all the echo & the guitar and bass tracks lose a ton of impact.

Well I’ve tried it in every possible way.

I’ve listened to many of the songs Apple offers in their 99 song sampler, in every possible genre.

On all systems, even speakers, you can definitely hear the difference. It’s approximately the same difference as going from mono to stereo. The music opens up more and you can hear a variety of placements for instruments.

It definitely sounds better on better equipment. The Sennheisers, HiFiMan electrostatics, and ELAC speakers sound so much better than the Air Pod Pro Max headphones and, as a result, so does the spatial audio, to the point that I don’t think people using Apple headphones are getting a very good experience. On one song, Rush’s Tom Sawyer, the electric guitar was so muddy on the Air Pods Pro Max that you could barely hear it. These are terrible head phones.

Is Spatial a gimmick? No, but it’s not world changing either. It’s not something I’d necessarily seek out, but given the choice I’d always choose spatial.

Thanks for the feedback. Sounds like justification for new audio gear