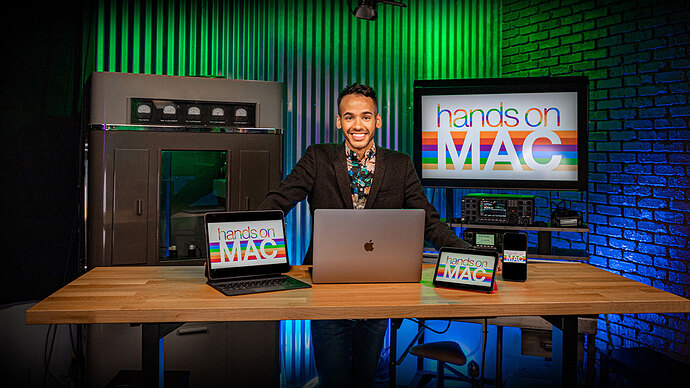 Hands-On Mac explores and explains the Mac — and beyond! From clever Terminal commands to little-known iOS settings, Mikah Sargent shares all the best tips and tricks for your Mac,…

LOVE that Hands-On Mac is back!

Same. Can’t wait for a full length episode to air.

I always enjoyed Leo’s tips on this show. But, I understood when he had to stop doing them. Glad to see that the show is back “under new management”.

I used to enjoy watching This Week in Computer Hardware before it was ended, although it never gave enough time to “hands on” PC uses or tips, which probably made it less interesting than it could have been. The vast majority of PC users aren’t “tech enthusiasts” waiting with baited breath for announcements or releases of new hardware. They’re mostly interested in how to use what they already have.

There should be a show about the practical every day use of desktops and laptops that covers Windows, Linux, and the use of ChromeOS Flex (formerly Cloudready) on PC hardware. By this, I mean the kind of show where you bring up a shot of the screen and show people doing things on a PC like we might have seen a long time ago on TechTV. Macs should remain on their own show, since they’re not x64 systems anymore except the old ones. This seems to be the major gap in TWIT’s podcast coverage.

I’d assume this may be due in part to a lot of people giving too much credence to the talk of 2010-2020 about the impending “death of the desktop”. The data shows that PCs have made a major comeback since the start of the pandemic. It’s persisted because of the continuation of the work-from-home trend, despite many corporate execs’ threats to fire employees who won’t come back to the office. The younger generation of white collar workers and even older people with enough experience to be marketable are just saying no, Nancy Reagan style. This has benefited x64 desktop PCs because they are significantly more useful for an 8-hour work day than fancy expensive tablets.

Meanwhile we see high-cost mobile device sales declining, especially the high end tablets that Apple, Google and Microsoft tried to market as the future of PCs. “Mobile-first” is a dying concept, if not dead, except in the minds of companies failing to stay in touch with consumer demands.

The Intel/AMD x64 PC is back in favor with the mass market consumer, so having a show about the uses of these systems would make a lot of sense.