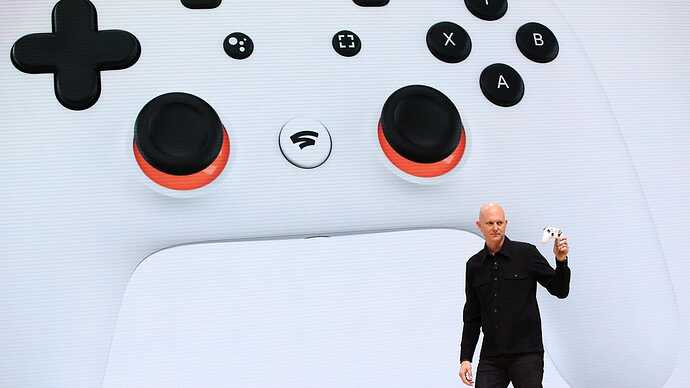 Google is shutting down its video game streaming service, Stadia, on January 18th, 2023, the company announced today. All purchases will be refunded and the technology will still be used for YouTube and other parts of its business, but the consumer-facing app and storefront will be shuttered for good less than five years after it launched, joining the graveyard of other projects Google has abandoned.

I’m a little disappointed that Google can’t get past the point of “they’ll eventually kill it” to announce, support and have thrive any new service. I don’t know what they can do at this point, but to come up with some public promise of a “we really meant it” service that, no matter what, gets full funding for like at least 10 years.

Ah well. It was interesting while it lasted. It was a good solution for a very occasional gamer like me.

I don’t have stadia but I rely on lots of other Google services. Given their continued track record of killing everything, I’d think twice about taking anything else from them.

I will argue, if your gaming plaform doesn’t even have a version of Tetris, then it’s of no account. Stadia never managed to get any Tetris game, I’ll never know why, because I feel like one of their coders could have whipped it up in an afternoon.

OMFG they did it. I will never again trust Google with anything. Jeepers.

I don’t have stadia but I rely on lots of other Google services. Given their continued track record of killing everything, I’d think twice about taking anything else from them.

Not just services. Puts me off anything Google. Won’t be buying any new watch or tablet. Even Pixels I now avoid.

I have 4 Nest Protects in this house too

At least they’re refunding game purchases. Hoping they open up access to the bluetooth stack on their controller before its all gone.

Google stigma aside, I think this failed because Google attempted to force an entirely new ecosystem into the market rather than co-opt existing PC gaming as Nvidia has with their GeForce Now platform. You want devs to port their stuff to your platform, and you want me to convince my friends to open up an account and add me to their friendlist? Too much. I would argue this is as difficult as fielding a competitor to iOS/Android in the mobile space.

I’d still buy another Pixel to be honest, if they ever killed them then they should still honour the updates policy. There has been a lot of discussion on Twit recently about them not being a hardware company so I wouldn’t put it past them.

Not unexpected, but re-enforces the view that you shouldn’t really invest too much into any of Google’s newer ventures.

It’s a shame as they do interesting things like this, however success at their scale needs to be so high that it automatically makes you wonder about the future of any of their services that are smaller than their primary products (search, Gmail, YouTube etc).

There has been a lot of discussion on Twit recently about them not being a hardware company so I wouldn’t put it past them.

Well osterloh did effectively kill Motorola IMO, honesty not sure why it would be different with Pixel with some of the choices and direction being questionable until now.

They hit gold with Marc Levoy’s computational photography on the Pixel 2 series, but have been hit or miss ever since.

Here is the note that I just sent All About Android which summarizes my opinion on the matter:

As someone who is heavily invested in Google’s and Apple’s ecosystems, I can confidently say that I will do everything in my power to avoid investing any more time and money into any new Google Products. The death of Stadia confirms that Google is not serious about creating a good consumer experience for their users. They kill messaging apps left and right - am I really going to trust that they will care about RCS in a few months? They release a Chromecast, then Android TV, then another Chromecast powered by Android TV which has a different UI than Android TV devices like the Nvidia Shield. They killed Google Play Music in favor of YouTube Music without moving all of the features over. The list goes on and on.

Someone needs to explain to me why they deserve any of my money.

I’d still buy another Pixel to be honest, if they ever killed them then they should still honour the updates policy.

We have iPhones, Pixels and Samsungs in use here. My view at the moment is the often quoted reason for getting the Pixel, that the software updates are better doesn’t hold up.

Yes, they get the annual upgrade first. But Samsung gets their monthly updates out first usually (got my Samsung Oct update today, Pixel still on Sep) and Google and Apple both seem to introduce more faults into live (fingerprint readers, battery life, iOS releases with various issues) so I rate the software side for phones we use currently…

On the Stadia refunds, I’ve now had all the games refunded. Just waiting for the £89.99 I paid for the controller and Chromecast.

Keep a close eye on your payment methods. My credit card they are refunding to is cancelled as I don’t use it anymore. I assumed the refunds would bounce and they would come to me for an alternate account.

But they’re still being accepted by the credit card company. I phoned them to check, and that old account is now in credit. If I hadn’t phoned I assume the money would have disappeared into a black hole.