TWIT 797: There's Blubber All Over the Highway 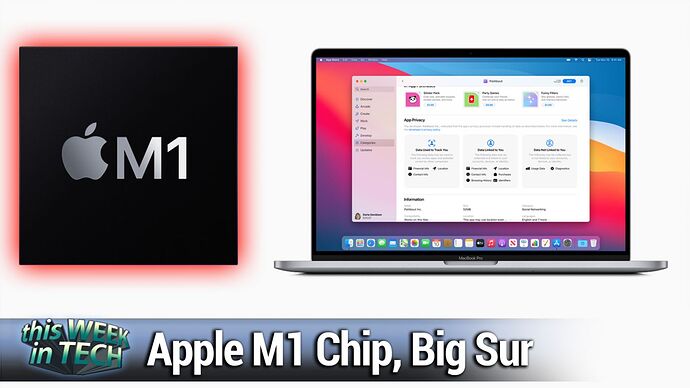 There's Blubber All Over the Highway | TWiT.TV

Great discussion on the significance of the M1 chip.

But… The statement that malware is reset, back to zero was absolutely unbelievable. The malware is there, because of macOS, the scripts it runs and the executables that it can run. Moving to M1 will make little or no difference.

You’d have to remove all scripting engines, Web browsers etc. and Rosetta 2.

statement that malware is reset, back to zero was absolutely unbelievable

Also, because no malware author/distributor is smart enough to recompile their code. [facepalm] On the MacOS it might be easier to use scripted malware than recompiled malware because of the locking down on the requirements to sign apps (I presume they’re not [yet] signing scripts.) On the other hand, a certificate is only like $99 so it’s not like they’re going to be rare to come by, and steal. And I don’t feel like Apple has the intestinal fortitude to stand up to the nation state malware actors and their suppliers, who are really the biggest problem actors of all. (RIP Jamal Khashoggi.)

It was great to have Alex Lindsay back!

One of the biggest reasons why malware used to be huge on Windows was because Windows didn’t come with even acceptable built in software to view media. Want to view a JPG? It launches Paint. Want to hear an mp3, it launches Windows Media Player that took 10 seconds to load, Winzip, etc. Therefore, everyone was installing software (some infected) to take care of these types of files. MacOS has always had this stuff built in.
Viruses are no where as common as they used to be on Windows. Most people think it is because of Security Essentials but I think it is equally due to Windows 10 having half way decent media and zip tools built in.

Malware is as big a problem now as ever, more so. The malware these days is very destructive or expensive to get rid of. Crypto viruses are on the increase and we’ve certainly noticed a big uptick in phishing emails with viruses attached or drive-by downloads to machine - I would say we have seen a 1000% uptick in the number of attempts to infect our network in the last 12 months.

I don’t know how much difference the M1 chip will make to the industry.apart from the fact that Apple can now do things that other PC makers can’t, but the likes of HP and Dell will still put out the same low-end machines and people will still buy them because they don’t care.
I know the new Mac mini is only 16GB but I wonder if it’d be alright for audio streaming?

It is a consumer device, not a pro device. So audio streaming wouldn’t stress it.

The big problem is the perception at the moment. The “baby” MacBook Pro, or as Alex called it the poser’s MacBook Air, has a “professional” tag, but it isn’t actually a real Pro device. Likewise, the Mac mini is a little disappointing, you can buy the Intel one with a quad core processor and 4 x the RAM, yet Apple is claiming a speed advantage for the M1, so if you need processing speed, you get the M1, if you need more memory, you get Intel, if you need both, you get an Intel and twiddle your thumbs…

These are the first attempts at ARM laptops from Apple and they have stuck to low-end devices, yet it is probably more the “real” fans and pros that are actually more interested in the move, therefore it is a little disappointing for them.

Apple’s marketing is also murky around exactly what is faster than what. Given that real people are now getting the devices, it seems a bit silly to hide the real performance behind marketing speak. It is frustrating for fans and for those who actually want to know what the changes are.

You have a point, this won’t affect those who really don’t care and are only willing to spend $500 who feel they need a desktop OS. The real question is, will PC makers respond for hardware that costs $1000+? I would guess margins are a bit higher at that segment of the market, and if Apple starts pulling customers willing to spend that much I would imagine that would that would necessitate a response.
So maybe PCs sort of catch up in 2 years, as that seems how far behind Android chips are to Apple’s. I don’t know if they could put that tech in their lower end machines, but it would eventually trickle down.

This Ars article seems to imply that Apple wasn’t being full of hype over the “lower power higher performance” claims: 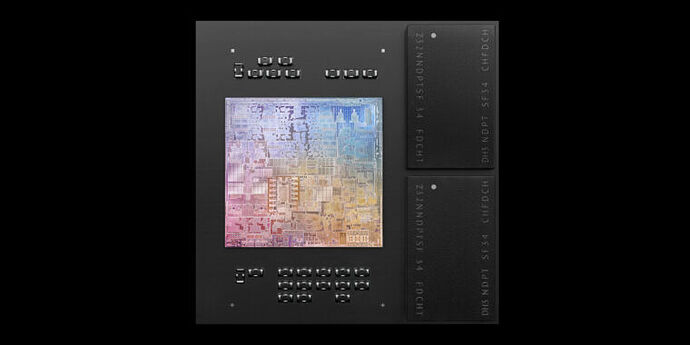 Apple's M1 proves that ARM can compete with x86 in high-end systems.

I usually skip the Apple shows, but this time it was interesting as people were talking about technology changes and not iterative improvements over software, or hardware specs.

I listened to the whole thing and did not detect much fan-boy gushing, just critical discussion over the implications of the new blended hardware/software and what it can mean for customers and developers.

Thanks @uteck! I really think Apple’s change impacts all desktop computing going forward. At the very least it sets a new standard that PC makers will have to aim for. I know Apple haters reject anything Apple does out of hand, but we’re trying to not be haters (or fanbois) in any respect.

That is part of my problem, I love what Apple have done with the M1, just if it wasn’t restricted to macOS, at least modern macOS, with its restrictions and phoning home.

If I could buy one and put a decent Linux on it,I’d buy one like a shot.

Yes, but Apple isn’t just a hardware manufacturer… they don’t just sell hardware… they sell walled garden lifestyle fashion products to make you impressive to other people in the walled garden.