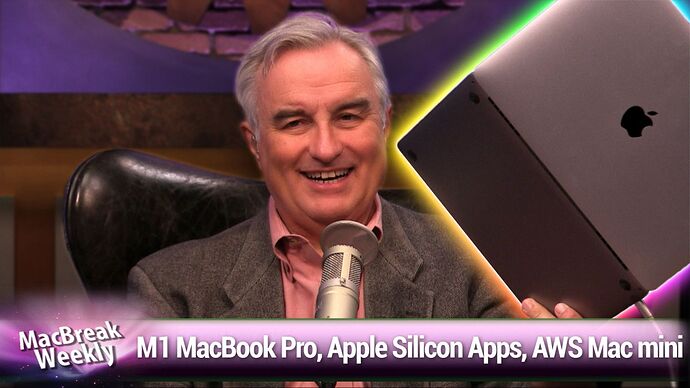 During the podcast, Leo started up MS Word, and commented on the fact that it bounced several times.
However it can be seen that the mac was “verifying” word, meaning that it was the first time it was launched on his macbook.
It would be interesting to see its tarted again to see how many (if any) bounces it takes.

@Leo can you confirm?

Definitely bouncing a few times the first start but after that it’s almost instant. I’ve got the Air Pro with 16GB.
I like the perspective and honesty about it @Leo I’m also finding random little things not working. Could be Big Sur but I suspect it’s Rosetta. I don’t have notes about it but there has been some strange behaviour from time to time where I click on something and nothing seems to happen. I’ve had to start some apps a few times and then it finally goes. I suppose it could be getting translated in the background or something but there is no notice of it. And then other things just flat out don’t work. I have a Setapp subscription and there have been a few apps in there that launch but then just hang.

Another oddity I’m having is not being able to drive my 4k monitor at 60Hz where my 2013 had no problem. Now I used to use TB2 to DP cable and I’m waiting for my USB-C to DP to arrive so that may change but I’ll be pretty bummed if it doesn’t. 30Hz kind of hurts the eyes.

One thought I had last night was about the review community in general for these devices. Overall it seems to all focus on video and photo editing but there are people out there, like me, who does next to none of that and I just use Macs cause Windows sucks, I can’t stand Linux as a daily driver and the Apple hardware, to my eyes and fingers, is so much better than what you can get anywhere else. There aren’t many reviews for the normal people out there and there are some things to certainly know about these units beyond how well it transcodes video. I’m happy to beta test this stuff for Apple and for the most part everything I need works beautifully. But, like Leo points out, there are things that right now are just broken.

Still though, my god this machine is awesome. I wouldn’t suggest it to my mom but for me… 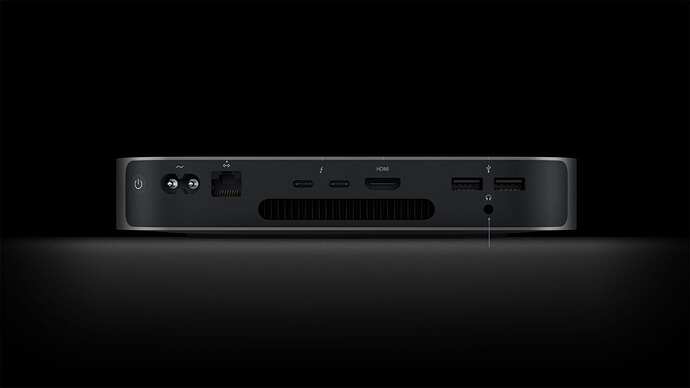 I have read a lot of complaints about the new M1 based Macs only having two Thunderbolt ports. Having only two ports doesn't seem like enough for professional use. Both my 2019 16 inch MacBook Pro and my 2018 Mac mini have four Thunderbolt ports, and...

Congratulations to @Lory on her new job! I have really enjoyed listening to her and hearing her perspective on Apple and Macs. While I haven’t always shared it - she’s been incredibly thoughtful and articulate in her points, and I will really miss her contributions.

I hope she can come back for a Trifecta with @MaryJo and @gigastacey sometime - those ladies rock!

Just launched it again and the “verifying” popped up again. That’s not an Apple dialog. I’m guessing Word is phoning home to verify ownership. Subsequent loads are much quicker - but it “verifies” on launch frequently, perhaps every day.

I generally don’t judge launch times on a second launch. Everything is faster the second time due to caching. It’s the first launch of the day that matters.

Immediately after I launched Excel. Verified again. Powerpoint, too. This may be a beta behavior. It’s completely possible it will go away when the the release version is out.

Congratulations to @Lory on her new job! I have really enjoyed listening to her and hearing her perspective on Apple and Macs. While I haven’t always shared it - she’s been incredibly thoughtful and articulate in her points, and I will really miss her contributions.

I do hope she can return every once in a while in some capacity. I understand and appreciate @Leo’s explanation as to why the journalists that are no longer in the biz on the show due to being hired by the fruit company. It makes sense, as they no longer cover the beat. Apple just seems like the company that wouldn’t allow it’s employees to participate in such punditry. I always thought it was interesting that Christina Warren still seems pretty active and is in TWiT from time to time.

I do miss the insight from others like Chris Breen and Serenity Caldwell. It would be nice to hear from them and know they haven’t just disappeared into monolith corporation, that they’ve continued to make a positive difference in the world.

They must think you’re a criminal Leo

I suspect it’s signing in to Microsoft 365?