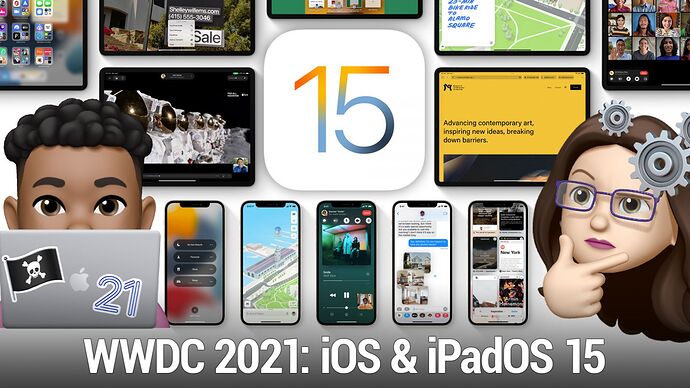 Rosemary and Mikah go over many of the new features you can expect in iOS 15, iPadOS 15, watchOS 8, and even the next version of macOS!iOS 15

I can wait for the public Beta’s to come out for IOS 15 & Mac OS Monterey. My Macbook Pro is dying to try a new beta lol

Love the show. Great! My question is can the iPad control the mac. Now I am not talking about just controlling the mac screen using the ipad keyboard but using the ipad touch screen to control a mac in another room. That’s what I want to be able to perform. Since the mac m1 can run ipad apps. I don’t think Apple is going to create a touch screen mac. That’s not going to happen or at least not in the near future. Right now I am using the app filebrower pro. To send files to my 2011 MacBook pro. Works pretty goo once set up… but probably not as cool as this new feature.

I’m really looking forward to trying the new multitasking stuff in iPad OS. I use split view and slide over quite a bit already, and I just got the new Logitech Combo Touch so I’m dying to try it with the new keyboard shortcuts.

You can with Screens. Screens for iOS - Control Any Computer Remotely from your iPhone or iPad - Edovia