How many computers do you have?

How many computers do you guys have?

I had another old Windows 7 tower, but I had not used it in a while. So, I pulled the hard drive last week and finally got rid of it.

I also have a Samsung S2 android tablet, and a Samsung S8 phone. Plus, I have a Iphone 6S that I use as an occasional streaming device and for music.

Not counting phones. Computer that i use on a weekly/daily base

My only computers are my work machines:

Since the new Mac Pro is really overkill for me, I plan to trade in the one I have for a Mac Mini with maxxed out RAM. I’m not there yet though because the Max Pro is still in good shape.

Since I fix computers as a side business, I have too many. So much it’s embarrassing. Let’s just say I have multiple devices from every operating system.

Do you collect operating systems? I have a small shelf was well.

I have almost every operating system on a thumb drive, but each of my devices have different functions ranging from Web servers, media servers, maintenance laptops, and workstations.

I have almost every copy of Windows on CD/DVD. The one that sticks out is Windows 98 SE when I was a kid. Still have it in a bin.

Of course, I side with you on your storage method since I end up virtualizing everything you mentioned.

I have almost every copy of Windows on CD/DVD. The one that sticks out is Windows 98 SE when I was a kid. Still have it in a bin.

Yes, I liked the days when they would give you an actual CD/DVD of the operating system with a new PC.

I have Windows 3.1 on disks still shrinked wrapped in the box…

I have 2. A Dell desktop and an Acer Chromebook.

Too many for me and if you count all the VM’s i am running well thank god Linux is free. Plus do NAS’s count too? But i finally did trash some old hardware I had 20 year old plus stuff. almost didnt want to get rid of that 9600 baud modem brought back good and bad memories, but still have the 56k just in case.

That’s a collectors item, if this is any indication! 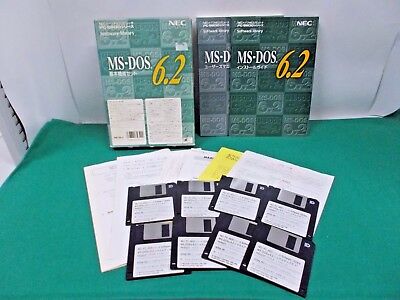 Only EMS is available.

I had those for years as well. But, I’ve moved many times. And, I tossed them along the way. Now, it would be fun to still have them after all this time…

I have two. Surface Pro 5th Gen, which will soon be replaced by the Surface Laptop 3 (maxed AMD model). This is hooked to the hub + monitors so I can quickly go from my desk set up at home to mobile.

I have a T420 as well which is where my hard drives reside, one is for backup and the other for media.