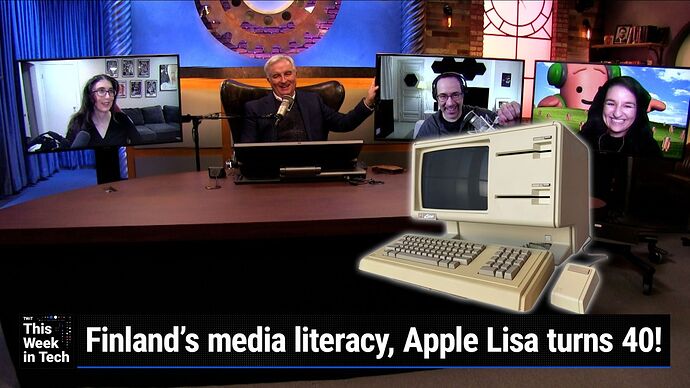 You Toot Too, Right? | TWiT.TV

. Like everything else in tech, I got to the Twitter party late. I quickly learned that the value of the platform is how you shape your feed. I don’t run into a lot of nastiness, but I do have many followers who are interested in the same things as myself, & a decent way to get breaking news. I just hope it doesn’t run completely off the rails. It’s too bad Google+ couldn’t hang on….

As far as the future of Twitter, with or without its current owner, something was, sooner rather than later, going to have to be done to make it profitable. Problem is, most people expect most things on the internet to be free.

My feed is, mostly, healthy and friendly, but there has been more and more bad stuff creeping in around the fringe. I can ignore it at the moment, but I mainly still use it for some parody accounts and a few people I know it ITSEC who haven’t jumped on Mastodon.

Regarding section 230, what is to stop the companies moving offshore, if section 230 is repealed?

In Germany, there are very strict rules on running websites and forums, for instance, if your site is used to attack another site or infect it with Malware, you are liable to pay damages. You have very strong rules on monitoring comments and taking down content that breaks the law. A lot of people host their sites offshore as a result.

I never met anyone in either politically extreme who thinks they are extreme. Why is extremism so rampant now? I think it’s the relative ease to get only content you tend to want and our phone addicted attention span are at least partially to blame.

You have very strong rules on monitoring comments and taking down content that breaks the law. A lot of people host their sites offshore as a result.

I’m surprised this gives them any immunity. Don’t laws apply if you provide a service to a country, irrespective of where you operate from?

Well they may well apply, but it’s pretty hard to charge someone who is not within reach of your enforcers. There might even be extradition treaties that could apply, but again, you need pressure tactics for even those to apply. (i.e. you need workable international relations for extradition to work right… look at the Julian Assange case, for example. Also, if you’re not actually in a country, you can easily threaten to leave it if the going gets rough, and the look of killing services the citizenry are actually fond of does not wear well on politicians. (TikTok comes to mind here, the US government would probably like to wholesale block it, but they won’t for political reasons, and thus the blocks have only been applied in a way where the government owns the building or the phone.)

I think a version of the old saw about bears applies: You don’t have to run faster than the bear, just faster than someone else also being pursued by the bear. So you just want your service to be less of an irritant to the government than some other service… so that the government goes after the other party (so they can be seen to be doing something to someone.)

Some laws apply, like GDPR, but if you are hosted outside the EU jurisdiction, local laws around content moderation are more limited in their effect - probably because of the costs involved.

Certain types of content, like CMEC will be followed up, but other things, like lax moderation of comments get to slide, a certain amount, unless it is a major problem.

This is one of the reasons why large multi-nationals have a presence in the USA and EU, among other countries, for example, they are required to have a local instance, where the authorities can contact them. For smaller companies, that is not practical.

If you are running a forum for a gaming clan, for example, you need to ensure each post is moderated as it is posted, in reality. That is a lot of work for an individual who is running the service for fun for their friends. You either have to hope for a certain amount of anonymity (that the site flies under the radar) or you make it 100% private, no web search. If you are a business, that just doesn’t work.

Things you have to be very careful about in Germany: glorification of National Socialism or Hitler, Holocaust denial, racial hatred (especially anti-semitism, for obvious reasons, but in essence, all racial hatred), incitement to violence against a person or persons. This is on top of the usual slander laws.

Kanye’s recent utterings, for example, would have seen him under arrest, if he had made them in Germany, on a German talk show - although no German TV programme would be stupid enough to broadcast his utterings, as they would be fined as well; although reporting his comments, in context, after the event falls under freedom of the press

I think the worst-case scenario is not comments being allowed to slide, it’s a court case where you have liability. Molly Russell in the UK, for example.

I can’t imagine any of the services I use would consider laying low offshore. Meta, Google, Twitter etc. are big enough to adjust IMO. As Patrick mentioned, they’d probably be more than happy for some legislator to take over the role of deciding what is allowed and what isn’t (good luck with that).

The likes of Leo and other forums I use would just close. Why take the risk? The moderator for the Mastodon server I use is another example. He wouldn’t continue I’m sure.

What puzzles me though is this isn’t an issue outside of the US where you don’t have 230. Yes, we have law around liability, but none give the complete protection 230 gives.