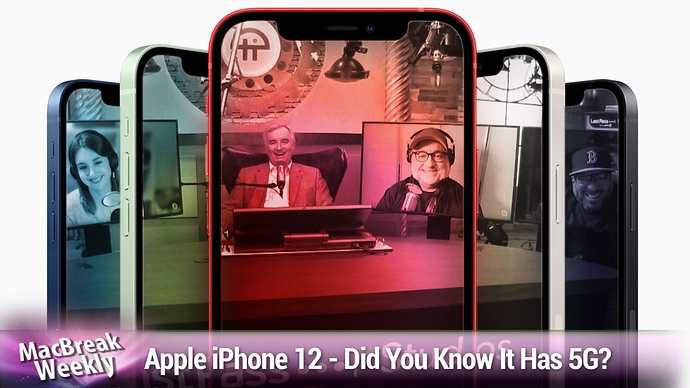 iPhone 12 - Did You Know It Has 5G? iPhone 12 5G HypeiPhone 12 MiniiPhone 12 availability, prices and battery lifeiPhone 12 MagSafe chargerHow much did Verizon pay Apple for the 5G…

Ironically, is there no longer any mention of call quality on mobile phones? Seems these devices are only marketed as cameras that we still can make a voice phone call with. How much longer will we need to have ability to make an old fashioned phone call?

One of the strangest comments that Tim said about Verizon-5G was that it was “safer” than WiFi. Rene called that statement “interesting” on his YouTube commentary.

Is Verizon truly safe? Have they promised to sell no data or metadata about their users? Verizon was called out for their "location aggregator program" – selling users’ location information to third-party companies. Is Tim Apple certain that Verizon isn’t going to ever do this again?

don’t trust what Tim Cook has to say

The CEO is nothing but a cheerleader. He’s not there to bring you truth or honesty. He’s there to sell MOAR!

He’s not there to bring you truth or honesty.

On this issue. If new stories come out about Verizon violating user privacy and/or selling user data, part of the stain will get on Tim Cook and Apple.

Given Apple’s posturing to carry the mantle for user privacy and security, they have now placed themselves in a delicate position with all carriers. If they have really done their homework on those questions, then good for them. If not, Apple will deserve it when the anger of he masses to fall upon them.

And, no, I generally trust Tim on most issues. He just used some strange words in this Tuesday presentation.

I wish Andy would move to AAA or TWiG, cuz he’s not very useful as an Apple analyst any longer and hasn’t been for some time. During the discussion about the new $99 HomePod Mini, his great contribution was to suggest that once a year or so Apple should drop the price to $69…sigh

So there really is something called 5G Voice and will likely play an important role in the new 5G world. What Is 5G Voice and Why Is It So Important?

So there really is something called 5G Voice and will likely play an important role in the new 5G world.

I read the article. I don’t get it. High-fidelity voice conversations to other humans would be wonderful, but the claims about using voice to communicate to IoT devices makes no sense. Why would I want little computers bothering me through 5G voice? Why wouldn’t they talk digitally to my mobile devices – and let them translate? Why would different IoT devices use Engrish to talk to each other? What sense does that possibly make?

When you’ve got a hammer, the world looks like a nail. Do you have some source other than Ericsson for this opinion?

I agree. I enjoy listening to Andy. I follow him on Twitter, listen to him on BGH, and occasionally listen to his Material Podcast but he is a Google guy, not Apple. Andy would have more input on TWIG. Move Jeff to TWIT as a guest. Doc Rock or Rosemary Orchard would be great as a regular on MacBreak.

I deeply disagree, he is a much needed grounding rod in a podcast about a company where hype can take hold of even the most level-headed individuals

AAA has all Android mavens, WW has all Windows mavens, MBW should have all Apple mavens

Also disagree. It’s much better for the hosts to come from varying points of view so they can bounce off each other. Andy is vital to MBW.

On WW, I think both hosts use Android phones, don’t they? So even that show isn’t all Windows…

And the computers used by the AAA hosts - Windows, I think… So not all Android/ChromeOS

On WW, I think both hosts use Android phones

Actually, I think @thurrott uses an iPhone too. (Or on occasion… he seems to be like @Leo and swapping them up to be able to report on them.)

I value your opinion, but I have to say, Andy is not at all vital to MBW

I don’t pay that close attention to his life to know what he does every day, but I see him talking about buying Apple, which was all I was saying, because of quotes like this:

Because of my focus on photography, I typically buy the most expensive iPhone every year. But there’s a new sweet spot for 2020.

I love love love the small phone without any compromises, but I can’t justify buying a new phone when my 3 year old iphone X works just fine. I’m trying, but, my arguments sound weak even to me.

I hear ya!! I’m looking seriously at the 12 but my X, XR and 11ProMax are not close to being end of life