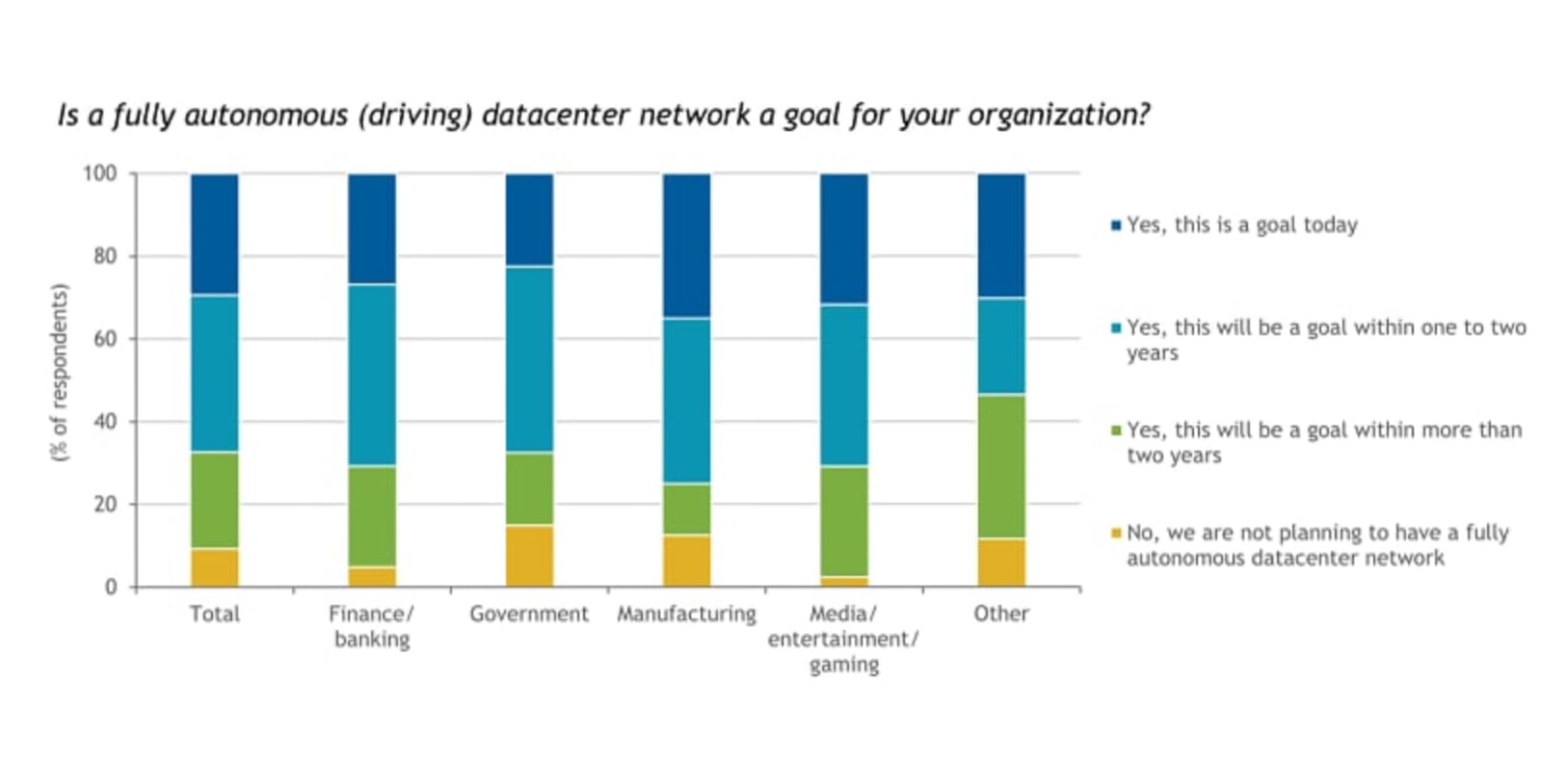 IDC: 90% of enterprises are planning for fully autonomous datacenters

Datacenters are actively moving from manual operations to AI control, a move IDC and Huawei analogize to the levels of vehicle autonomy.

What do you think about this?

That’s a whole lot of words that say absolutely nothing! This is basically a Huawei sales sheet.

I see these super-vague surveys pass through my spam filter all the time. Asking sysadmins if they plan on automating their datacenters is like asking a doctor if they intend to use medical equipment to help people. You really can’t buy any infrastructure component today that doesn’t have some level of automation. Plus, who’s going to say they don’t plan on using new technology in their technology job?

As far as their breakdown of “levels” of datacenter automation - it’s about as relevant as the levels used to describe self-driving vehicles. To achieve what’s described in their definition of level 4 and 5 (and much of level 3) would require a true general AI replacing decisions and actions taken by humans. Don’t tell the marketing department, but we’ll never see that in our lifetime. Personally I don’t think we’ll ever see that.

So yea… imho, this was a thinly veiled Huawei advert full of fluff.