Your link or picture doesn’t seem to work. Which Chromecast button? 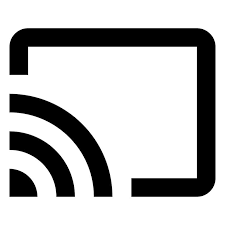 Appears in the tray when Chromecast can be done.

Which app and which device so you not see it?

I see the button in YouTube and many other sources. Even the “live” portion of TWIT.tv.

Ok, so at least we know your device / WiFi is ok. But where do you not see it?

Only on TWiT on demand recordings of shows.

Maybe I’m confused by your terminology, is on demand a club twit things? I’ve head Leo say twit on demand but I’m not a member.

If you’re playing these on a podcast app that you’ve downloaded from the app store / play store, then maybe there’s a problem with that app and you could try another one.

Which app are you using to play the recordings?

Go to twit.tv then click on “podcast”. select any podcast and click to play… Chromecast until recently could be used ro feed to your tv.

I’m not seeing a cast icon there either, although I don’t think I ever tried to watch that way before.

I used to do this all the time, but now can no longer. I actually posted about this previously, but didn’t get any response from TWiT.

@PDelahanty @Leo did something change recently with the TWiT web video player (JW Player 8.26.1) when playing from Chrome on a PC? I used to be able to use it to stream to my TV via ChromeCast but when I tried last night it no longer appears to be an option.

A response from TWiT would be nice.

I spoke with Patrick in the Discord and he said TWiT didn’t do anything to affect it, so it must have been something that was temporarily broken by JWPlayer (the video playback app TWiT embeds.)

Still there when I just looked now. Perhaps it was a temporary glitch?

Could be a Chromebook issue, but I doubt it. Live content can be cast but recorded cannot.